The novel Aleph is new to me.  It looks quite interesting.  My haiku is a reaction to the synopsis Kristjaan posted.

mystical journey
search to rediscover life
reveals the past

Theme: I wouldn't bet on it.  Or - in the constructor's words - OUTSIDE CHANCE.  Today we have the unlikely occurrence of the word CHANCE, split in two and occurring at the outside edges of the theme entries, like bookends.

20 A. "Oh, baby, that's what I like!" oldie : CHANTILLY LACE.  The Big Bopper, of course.  February 3rd, 1959 was the day the music died, when the Big Guy, along with Richie Valens and Buddy Holly went down in a plane crash near Mason City, Iowa.  In this video clip he is very much alive.


27 A. Barrier with built-in footholds : CHAIN LINK FENCE.   Still can be hazardous to climb over.  Watch your step.

And the unifier, 52 A. What a long shot has, and, literally, what 20-, 27- and 45-Across each has : OUTSIDE CHANCE.  An estimate of the likelihood of an occurrence that is neither probable nor impossible, like the Lions winning their division after losing Monday night due to a 61 yard field goal in the waning seconds of the game.

It's a bit ambiguous because of the placement of the letters "A" in 45 A, but you can read the theme entries as a progression of letters in CHAIN moving from the left to right bookend.  This gives the theme another level of elegance.

Read more »
Posted by Jazzbumpa at 1:09 PM No comments:

I'm having a big music weekend

Playing for a fund raiser today

Seeing Granddaughters in The Nutcracker tomorrow

I can't say I love Adrian von Ziegler's music. But it is pleasant and worth a listen.  Today's selection, Dreamtide is rhythmically interesting.  The Keltic sounding melody is definitely in 5.  When it goes to just percussion, a have a very difficult time deciphering the basic pulse.  Seems like it goes into 6, but the initial beat is elusive.  All of this contributes to the dreamy feeling of the piece.  I'm also struck by the elven appearance of the character in the vid picture.

Email ThisBlogThis!Share to TwitterShare to FacebookShare to Pinterest
Labels: Carpe Diem, Inspired by others, Music

For December we are sharing haiku inspired by the music of Adrian von Ziegler.  Today's selection is the quasi-Keltic selection, Beautiful Dreams.

I deliberately did not look at Kristjaan's before writing mine, but I see a common thread between them. 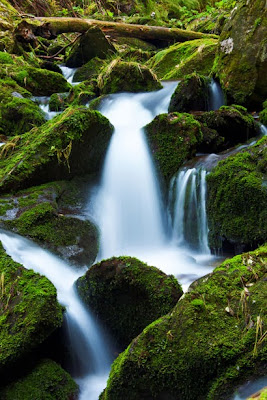 listening with another
to the music of the mountain stream;
there is no other