Theme: here is it is in full.

Amendment I. Congress shall make no law respecting an establishment of religion, or prohibiting the free exercise thereof; or abridging the freedom of speech, or of the press; or the right of the people peaceably to assemble, and to petition the government for a redress of grievances.

The theme fill contain some of the key words of the specified rights, and the unifier seals the deal.

52. Source of the freedoms found at the ends of this puzzle's four other longest answers : FIRST AMENDMENT.  Of the Constitution of the United States of America.

Well, here we have the two things that we do not discuss here - politics and religion. We do need to report on and discuss the content of the puzzle - and most particularly the theme - but let's all please respect the spirit of the ground rules.  The theme is well timed, coming during the week of Memorial Day.

So, let us ASSEMBLE our wits, PRESS on, and SPEAK FREELY about the rest of this puzzle.

9. Canon setting : F STOP.  The ratio of a camera's focal length to the diameter of its aperture, hence a dimensionless number relating to lens speed.

16. PEN/Faulkner, for one : AWARD.   Recognition for achievement.

24. Post-J.D. degree : LLM.  Legum Magister, Latin for Master of Laws.  [In Latin the plural of a word is abbreviated by repeating the initial.]

33. Ready for a kick, with "up" : TEED.  In football, a kick off is generally executed with the ball placed on a kicking tee.

36. City bonds, for short : MUNIS.  Municipal Bonds are securities issued by a local authority to finance a capital project.  The are frequently exempt from federal taxation.

41. Layer with a hole : OZONE.  An upper atmospheric layer.

49. One who may converse in Erse : GAEL. Gaelic person from Ireland or Scotland.

60. One selling wheels : CAR DEALER.   "Wheels" being vernacular for a vehicle.

61. Online party notice : E-VITE.  A portmanteau of electronic and invitation.

62. Pelee Island's lake : ERIE.  Located in Canadian waters, but for me, this hits close to home.

64. Decreases in strength : WANES.   Or any other measurable characteristic.

66. Social sci. major : ECONomics.  The flip side of the political coin.

7. Pocket rockets, at the poker table : ACES.  A holding of pocket aces in the game of Hold 'em.

11. Gymnast's powder : TALC.   Used to absorb moisture and as a dry lubricant.

26. Runners occupying bases : MEN ON.  They want to go home, but often do not get there.

38. Samples again, during cooking : RETASTES.  This entry feels awfully strained, and not especially in the language.

46. Pre-curtain call : PLACES.  Everyone get into position.

55. Old Norse explorer : ERIC.  When you get exiled for being too obnoxious even for the Vikings to put up with, you might as well go sight seeing.

Well, folks, that wraps up another Wednesday.  Hope you were able to exercise your freedoms and still get through the puzzle without too many arguments. 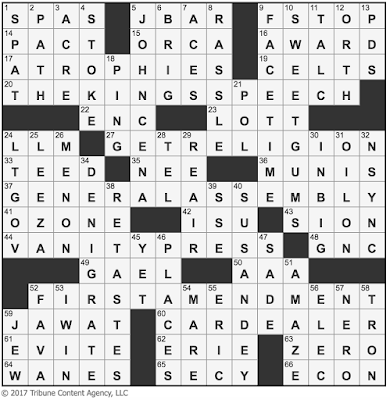 Theme - LET"S ALL TAKE A BOUGH.  Vertical theme entries all start with, and are therefore TOPPED by letters that spell the name of a TREE.  Let's start with the unifier.

Coming back down to earth we have the theme entries.

6 D. Brain part that produces melatonin : PINEAL GLAND.  It is tucked into the groove between the two halves of the thalmus, near the center of the brain.  It is so-named because its shape resembles that of a pine cone.  Topped by a PINE, an evergreen, and the first of our TREEs.

10 D. Cartographer's table : MAP LEGEND.  An inset that explains the meanings of symbols and other features used on the map.  The maple tree is prized for its lumber, used for furniture and decorative purposes. 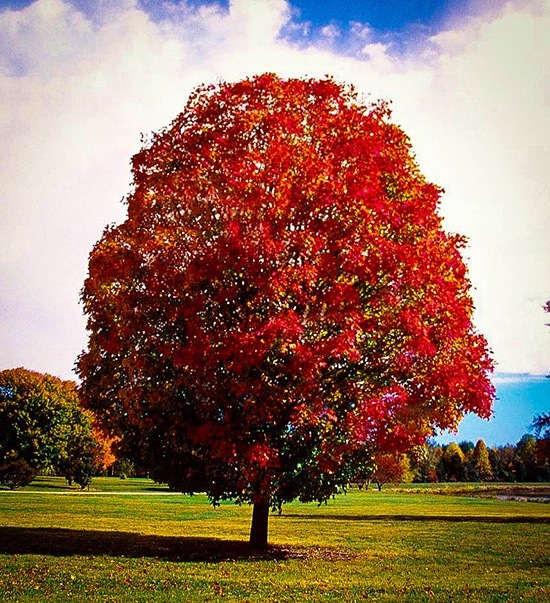 24. Reason for a parking restriction : FIRE HYDRANT.  FIR trees are can be distinguished from other members of the pine family by their needle attachments and cone shapes.

ELM TREES were used along streets all over America as decoration and to provide shade.  Most of these were lost to Dutch elm disease, caused by a microfungus carried by bark beetles.  Disease resistant varieties have since been developed. 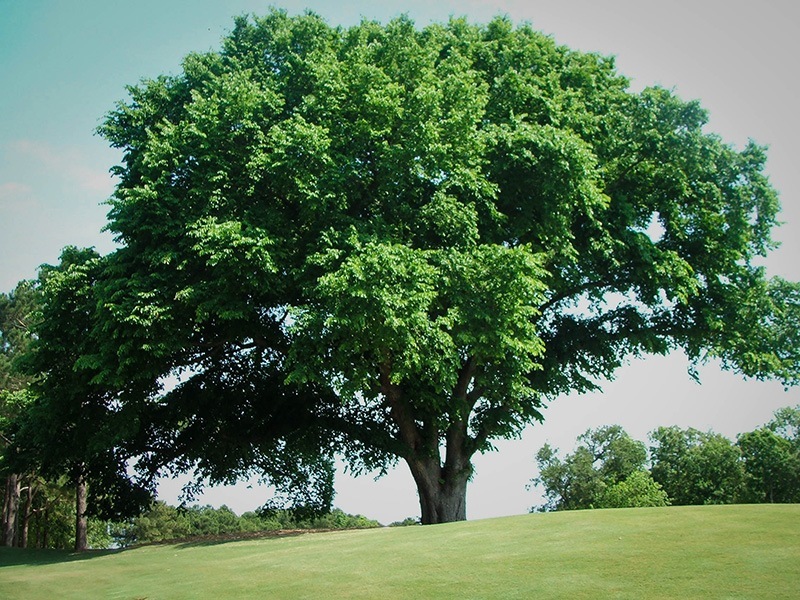 Look for a clue gimmick when the theme arrangement is vertical.  This one is clever, with the tree names topping the theme fill entries.  Two of the four trees are hard woods, and two are conifers.   The conifers are adjacent to the vertical center line, and the hard woods farther toward the edges.

Hi, Gang, Jazzbumpa on duty, lumbering through this puzzle.  Let's see what we can saw.

1. Produced, biblically speaking : BEGAT.  Was the father of.

10. Finance majors' degs. : MBAS.  Master of Business Administration.  I have one.

17. One who wants to come home? : BASE RUNNER.  Baseball reference.  Most do not make it, though.

19. Insanity, in court : PLEA.  A formal statement in response to a charge, not [necessarily] a description of behavior.

20. Makes eligible for, with "to" : ENTITLES.  Supplies a legal or just right to something.

21. Sign up : ENLIST.  Or enroll, which sadly has the same number of letters.

Don't say I never TAUght you anything.

33. In unfamiliar territory : AT SEA.  Without a paddle. His middle name is Tifffany

60. Three, to nine : SQUARE ROOT.  A number that when multiplied by itself yields another specified number.  Round roots are things like carrots.

67. Prefix with foam : STYRO-.  Expanded polystyrene.  I worked with it on my first job.

1. Innocent one : BABE.  One who is at a severe disadvantage in the woods.

5. Haitian island whose name is Spanish for "turtle" : TORTUGA.  Located north of the north-west arm of the main island.

10. Cartographer's table : MAP LEGEND.  An inset that explains the meanings of symbols and other features used on the map.

11. Indonesian island : BALI.  Immediately to the east of Java, it is home to most of Indonesia's Hindu minority.

13. Petty argument : SPAT. It caused a SPAT what he spat on my spats.

22. New Deal prog. : NRA.  The National Recovery Administration was created in 1933, under the National Industrial Recovery Act.  It had a two year charter and expired in 1935.  At that time the Supreme Court also determined that it infringed on separation of powers and was therefore unconstitutional.  Many of its provisions reappeared under the National Labor Relations Act that same year.

30. Bridge beams : I-BARS.  Structural elements named for their cross-sectional profile, which resemble the letter I. 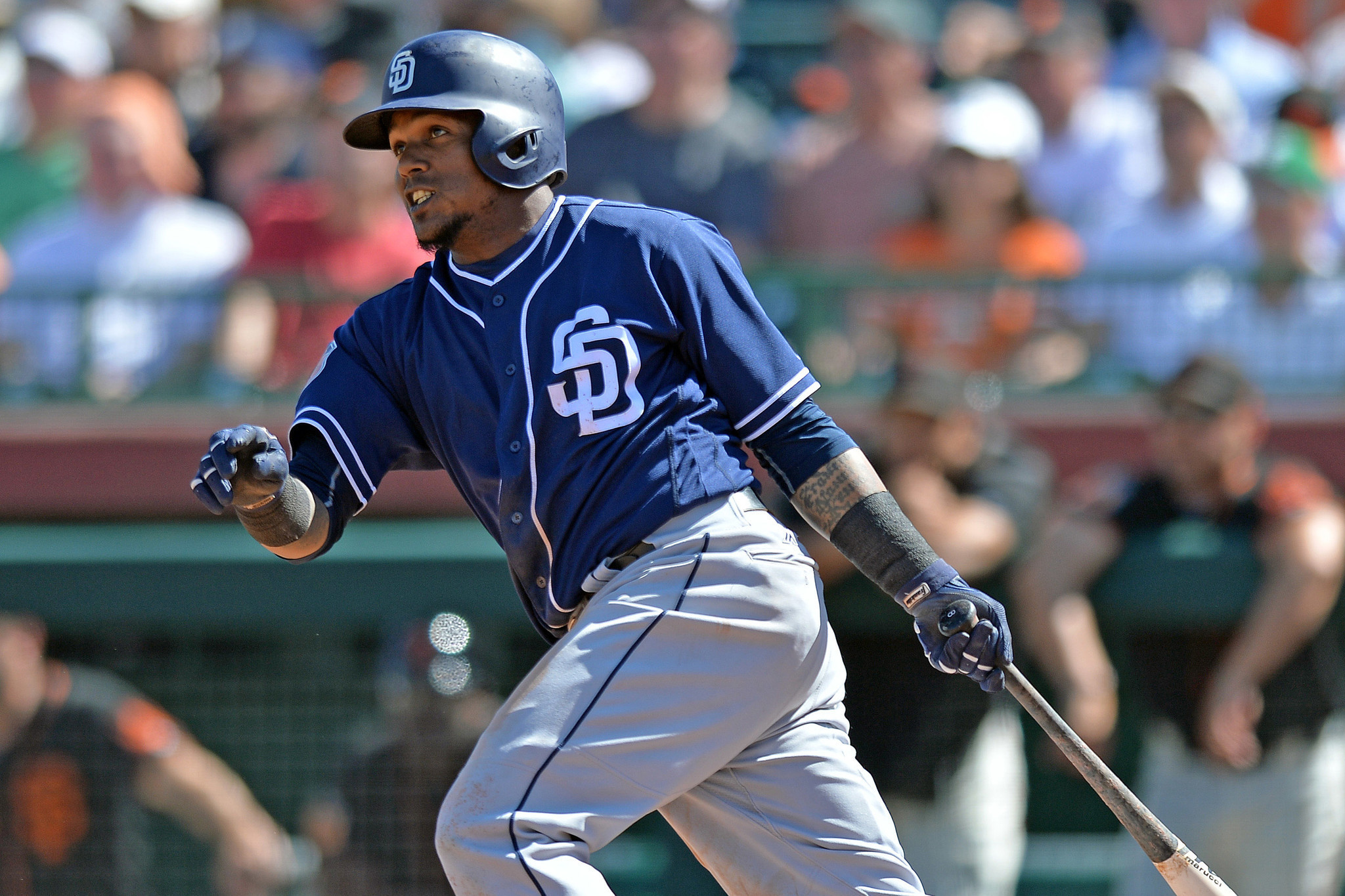 Not to be confused with this guy.

36. Sci-fi visitors : ETS. Extra-Terrestrials - off world entities, who sometimes claim to be friendly.

43. Board game with an "Unemployment Office" corner : CAREERS.

47. Penultimate word of many fairy tales : EVER.  Penultimate -- hmmmm.  I wonder what comes after?

58. Houston athlete, for short : 'STRO.  ASTRO evidently has too many syllable to be spoken conveniently.  The STROs are currently atop the A. L. Western division.  Let's give them a bough.

That wraps up another Woden's Tag.  Hope you got through it without feeling board.  But now I have a strange desire branch out - maybe even join a splinter group.  Perhaps I should just go with the phloem.  Now it's time to leaf. 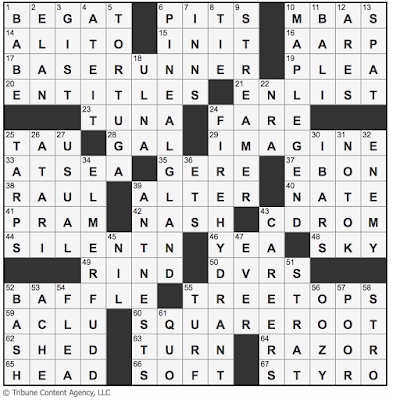