This post contains the story fragments in which Cheryl is the PoV character.  They are presented in story order, not posting order.  Links to the original posts are provided with the prompts.  There you might find further elaboration on the prompts, along with readers' comments.


Update:  Rather belatedly, it occurred to me that either of these pictures could be different artist's renderings of Cheryl - minus the space ship of course.  That one would be Marci's version, I have no doubt.  She's older there, less innocent and wiser - but not in a happy way - and care worn, as would be the case if the two were ever to meet.. 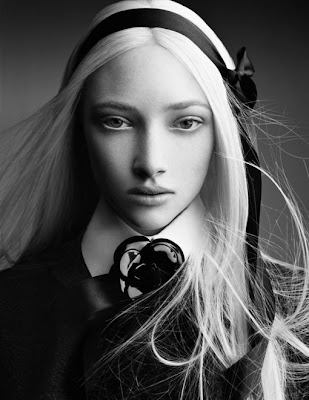 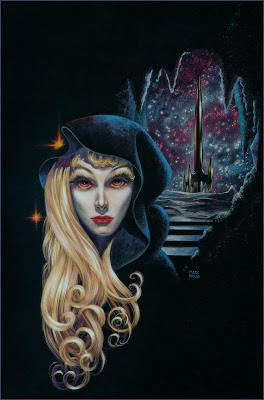 Of Cheryl, a Tower, and Trees

Cheryl was devastated to discover she was pregnant.

One slip, one time, and this?

She found him waiting where they first met, at the footbridge in the park.

Silently, they strolled down the long tree-lined lane to a place not of this earth.

Up the spiral staircase of the ancient tower then - yes - where she had been so willingly seduced - that was the very place to share this awful news.

But he, craving a son, was elated.

She could have her baby – his baby – here, where the time slip was different, and her husband Gil need never know.


They parted at the footbridge. Cheryl walked alone through the trees, then glanced back past the fork in the path, but he was gone, as she knew he would be. Her mood waxed to manic joy at the thought of the new life taking form [though a strange form it would surely be] inside her, the by-blow of this weird and unexpected affair, then crashed to forlorn despair.


Now she had a dual identity, with her life hewn into mundane and eutre fragments that could never fuse, nor even have anything to do with each other. The worst of this clash was that Gil could never find out.


The sand of the unpaved lot scrunched under her tires as she started the long drive home. She knew what Gil would desire when she arrived, and had only a few short hours to compose herself.

When Cheryl arrived home, she checked herself in the rear-view mirror and was disappointed in what she saw: sunken eyes, no make up, hair in a disarray of droops and tangles.

What would Gil think when saw what a mess she was?

But he greeted her with a kiss, and told her she was beautiful.

She ran her fingers through her hair, saying, "That's sweet, I'm a sight."

Cheryl gazes at her new-born daughter’s beautiful face, not quite identical to hers – a variation on a theme.

Her wisps of blond hair are curly.

Her little dimpled knees, her fingers and toes are perfect.

Everything about her is perfect.  Everything.

She yawns and stretches the way babies do, and flutters her tiny diaphanous wings.

Email ThisBlogThis!Share to TwitterShare to FacebookShare to Pinterest
Labels: Cheryl