Theme: THEM'S THE BREAKS or LEMEE OUTA HERE or BREAKING FREE.  In each theme answer, the letters of the word FREE are broken, and make bookends for the rest of the letters in the answer.

17 A. *Genealogist's tool : FAMILY TREE.  A graphic representation of parental relationships.  Here's ours.  I misread this as Geologists's tool, and was BAFFLED for a while. 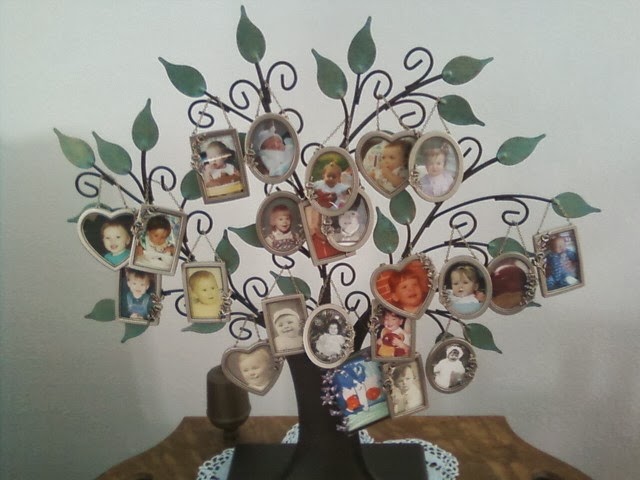 24 A. *"Top Hat" leading man : FRED ASTAIRE.  Stage name for Frederick Austerlitz, actor, singer, dancer and choreographer, most famous for his dancing in 31 musical films.  Here he is with Ginger Rogers. (3:28)

34 A. *Stewed chicken dish : FRICASSEE. In which the meat is cut up, sauteed, and traditionally served with a white sauce.  Almost, but not quite paprikas.

Note that the second and third theme entries are each broken differently, while the first and fourth are broken in the same way, making another kind of book end.

And the unifier:  58. Escapes, and, literally, what each of the answers to starred clues does :
BREAKS FREE.

Hi gang, JazzBumpa here.  I don't recall blogging one of Kurt's before.  Let's see if we can BREAK FREE some of this fill.

Read more »
Posted by Jazzbumpa at 4:01 PM No comments:

Today, in honor of our 23rd wedding anniversary, I gave my lovely wife this card.

Today, in honor of our 23rd wedding anniversary, my lovely wife gave me this same card. 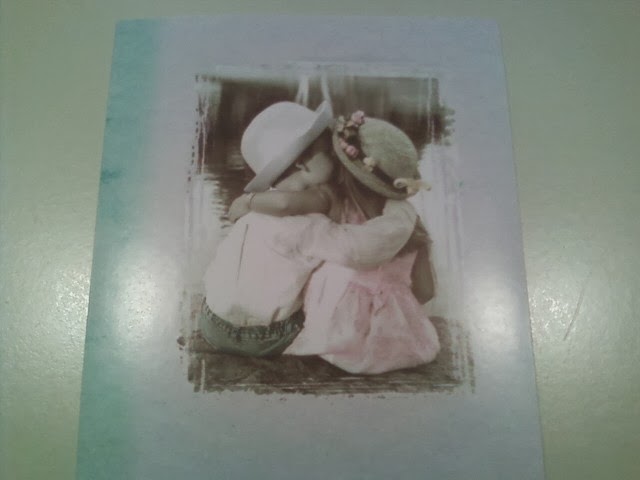 It is reminiscent of a picture we have hanging in the family room.

No!  Love - still the greatest mystery.

Theme: Thicker than water.  The first word of each starred entry can follow the word BLOOD to yield a recognizable in-the-language phrase.

17. A *Marlin, for one : SPORT FISH.  A fish prized for the sport of catching it. Contrast minnows.  BLOOD SPORT is a sport in which blood is shed, such as hunting or cock fighting.

25. A *Source of endless funds : MONEY TREE.  As in: "He sure knows how to shake the MONEY TREE."  BLOOD MONEY has two quite different meanings. 1) money paid as compensation to a family for the loss of kin [Anglo-Saxon weregeld], and 2) money gained at the cost of another's life or livelihood.

30. A *Common Milky Way star : RED DWARF.   These relatively cool stars are, in fact, the most common in our region of the galaxy, but because they are so dim, none can be seen from earth with the naked eye. BLOOD RED is simply a descriptor for a deep red shade.

44. A *Billiards maneuver : BANK SHOT.  A shot in billiards which causes the cue ball or the object ball to rebound off a cushion before finding its target. Also a basketball shot that rebounds off the backboard. A BLOOD BANK is a storage facility for supplies of blood or plasma to be used in transfusions.

50. A *Part of a uniform : WORK SHIRT.  A heavy-duty shirt worn for manual or physical work. BLOOD WORK is laboratory analysis of blood for diagnostic or therapeutic purposes.

32. D *What a driver's license may serve as : DONOR CARD.  A card that authorizes the use of your organs for transplants, after you've passed on.  A BLOOD DONOR is one who contributes blood for transfusion.

And the unifier:  62. A. Family relations, and what the first words of the answers to starred clues can have : BLOOD TIES.  Indicating an actual genetic relationship.  I have BLOOD TIES to 5 of the grandchildren, and Gloria has them to the other 6.  I'll leave sorting that out as an exercise for the interested reader. [They're all a year and a half older now.]

Carpe Diem Goes Back to Its Roots #4

The goal is to write a classical 5/7/5 haiku with interchangeable first and third lines, a seasonal word, and a kireji, or cutting word, describing a discrete moment in time.  More detail at the link below.  The keriji is difficult to express or even to define in English.  When used at the end of the first or second line, it implies a pause, or caesura.  I'm taking that to be the basis of phrase and fragment construction.   I like to leave my haiku unpunctuated, but for this example indicate the kireji with a colon.

I experienced this haiku moment every time I looked out the window today.

twelve inches of snow:
as the temperature falls
no sound but the wind

in the brittle cold
my house makes cracking noises:
as if it's in pain

Carpe Diem Goes Back to Its Roots #4

We continue our journey through the novel ALEPH, and thus along the Trans-Siberian Railway, arriving at the ancient city of Kirov.

This time I was intrigued by: "Paulo looks deep into the eyes of Hilal and enters the 'Aleph'."  Part of this experience is described as "feelings that simultaneously exalt and suffocate."  According to Wikipedia, the aleph is "a point where everything, the whole universe is contained."

Well, this is deep, and has nothing at all to do with the city of Kirov - except to the extent that the Aleph contains it, as well.


I know phrase and fragment structure should have 1 caesura, never 2; but I couldn't bring it together that way.


That one is a stretch, even for the all-containing aleph.  But - since we're all together here - why not?

In Kristjaan's write-up, this line captured my imagination: "maybe they did saw it reflecting the lights of the TSR or the moon."  So I followed it to the surface of the water.

train passes at night
moose looks up from foraging

goose honks at its horn


I avoid reading Kristjaan's haiku before writing mine, to try to stay original.   Still, my first is quite similar to his first, and I find the imagery pleasing in both verses.

And then, I welcome back my old friends.

Update: At Pea's suggestion, one I left in her comments.

Email ThisBlogThis!Share to TwitterShare to FacebookShare to Pinterest
Labels: Carpe Diem, Inspired by others, travel


Yaroslavl
just a station to pass through
on our journey

is it the journey
or the destination
what are we seeking 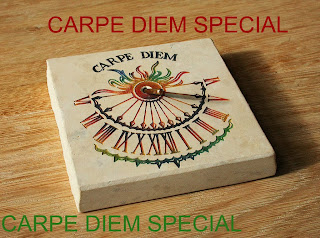 
the violin's song
revives a lost memory
love from long ago