23. Embryo development sites : AMNIOTIC SACS.   The fluid-filled membrane container where embryos reside and develop until birth or hatching in reptiles, birds and mammals.

62. Lisa Simpson's instrument : BARITONE SAX.   The bari is distinguished by the tubing bend that extends higher than the mouth piece.


Hi gang, JazzBumpa here.  The challenge with this kind of theme is first finding a quartet of homophones, then fitting them into symmetric pairs of in-the-language phrases to build a grid around.  This one is really well done.  With the sound-alikes behind us, lets see what else is in store.

Read more »
Posted by Jazzbumpa at 5:00 AM No comments:

Theme: Since FDR is in the grid: CIVIL CONSERVATION CORPS -  or - Do you C the C's I C?  Or, 1.5 x our gracious hostess.  Near as I can tell, that's it. Three word themers, all with the initial letter C.  Though the middle one is a grid spanner, and the other two fall only one letter short, seems like a rather thin theme concept.

54. Provincetown rental : CAPE COD COTTAGE.  Ours is on the south-west shore of Black Lake.

Not sure what else can be said about it.  Let's proCede and C what we can C. 17. Trader for whom a northwest Oregon city was named : ASTOR.  John Jacob. 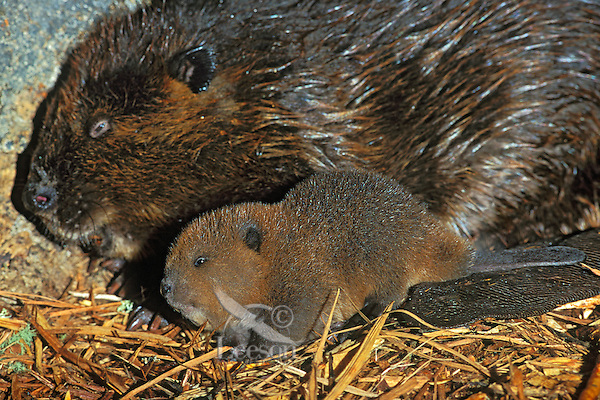 Up Jack got, and off did trot
as fast as he could caper;
to old Dame Dob,
who patched his NOB
with vinegar and brown paper.

43. Pot contents : TEA.  We have a cup of TEA mid-afternoon most days.

44. Bakes, as 50-Acrosses : SHIRRS.   Word derived form the name of the flat bottomed dish in which EGGS were traditionally baked.

Ask me if I'm shirr, but don't egg me on

46. "Star Wars" staples : ETs.  Many varieties of Extra-Terrestrials in those movies.

48. Exit poll target : VOTER.  We'll just do a grand jeté around the politics, and move right along.

60. Arabian Peninsula port : ADEN.   Probably handles some of that CRUDE.

3. __ four: teacake : PETIT.  Meaning "small oven," since that's where they were often made, next to the main oven.

5. Eye part : CORNEA.   The transparent layer covering the front of the eye.

11. Like the Sherman Act : ANTI-TRUST.   Anti-monopoly legislation designed to promote competition in industry, passed into law in 1890.

12. Deal with interest : LOAN.  Most bankers find loans to be quite interesting.

29. Prefix with pod : DECA-.  Denoting 10-legged critters, an order of crustaceans that includes crayfish, crabs, lobsters, and shrimp.   What - no love for squids?!?

30. They record beats per min. : ECGs.  Electrocardiograms check the electrical activity of the heart. 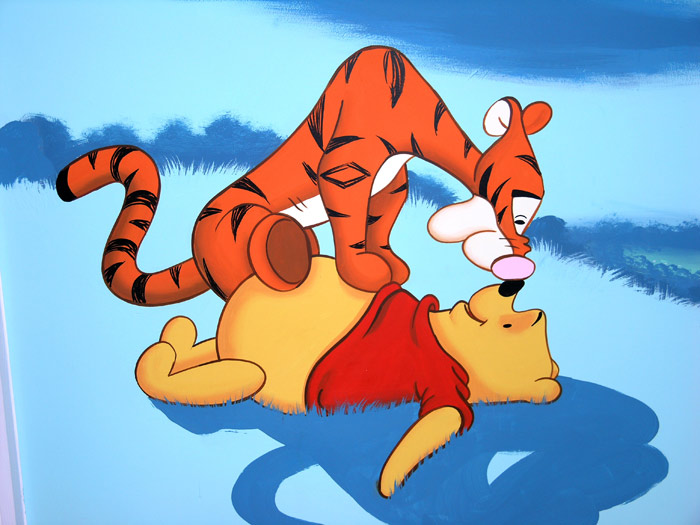 This kid has hit 8 dingers already.

47. High-ranking NCO : SGT MAJ.  Sargent major, the highest NCO rank in the U.S. Army or Marines, above master sargent and below warrant officer.

54. Musical finale : CODA.   From the Italian word for tail.  Often it is an addendum to a formal musical structure containing different but similar and compatible musical content. 57. Wet behind the ears : RAW.    Expressions indicating someone lacking experience. 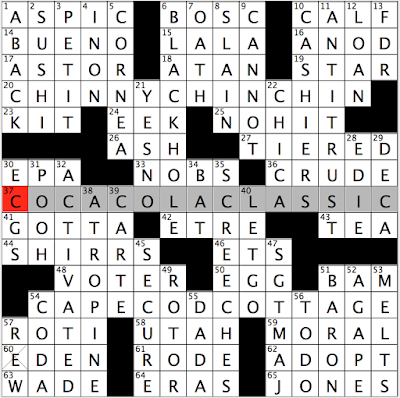 Posted by Jazzbumpa at 5:00 AM No comments: