The letter sequence spelling LEG occurs in vertical theme fill.  Proceeding from left to right, this sequence appears successively higher in the grid.

45 D. *What makes Guy a guy?: LITTLE G.  Referring to upper and lower case lettering.  A bit strained, in my opinion.

37 D. *Post-apocalyptic Will Smith film: I AM LEGEND.  A virus has wiped out most of man-kind and the hero, Robert Neville, played by Smith, searches for a cure while battling nocturnal mutants.

30 D. *Gray wrote one in a country churchyard: ELEGY.  A poem of lamentation.  You can read it here.

And the unifier -- 66 A. Competitive edge, as illustrated in the answers to starred clues from left to right: A LEG UP.  This phrase means some sort of boost, assistance or circumstance that gives one an advantaged position relative to the competition.  In the puzzle grid the LEG letters climb from left to right, each time advancing by exactly one square - all the while maintaining perfect rotational symmetry.  This is an unusual construction in a couple ways.  Having the theme in the vertical fill isn't unknown but it's also not common.  Further, a phrase of the type "LEG UP" generally indicates that the letters would be climbing within the fill, so they would be reversed in the answer word(s). Here, the upward motion is within the grid, from one theme fill entry to the next.  This is, in my experience, unique.  So, high marks for both technical virtuosity and creativity!

Hi, Gang, JazzBumpa here with both feet firmly on the ground.  Let's high step through the rest of this puzzle and see what tickles our toes.

7. Biological pouch: SAC. A cavity enclosed by a membrane that contains air, liquid, or solid structures.

14. Change in a big way: REWORK. I guess changing in a small way would be a revision.

15. Santa __ winds: ANA.  Hot, dry, downsloping winds that originate inland and blow toward the coast in California.  They seem to be named for the Santa Ana Canyon in Orange County.

16. Singer Adams: EDIE.  Probably most famous for this.

17. World's largest peninsula: ARABIA.  Perhaps it should be considered a sub-continent since it lies on its own tectonic plate.

20. Nemesis: BANE. A cause of great distress or annoyance. 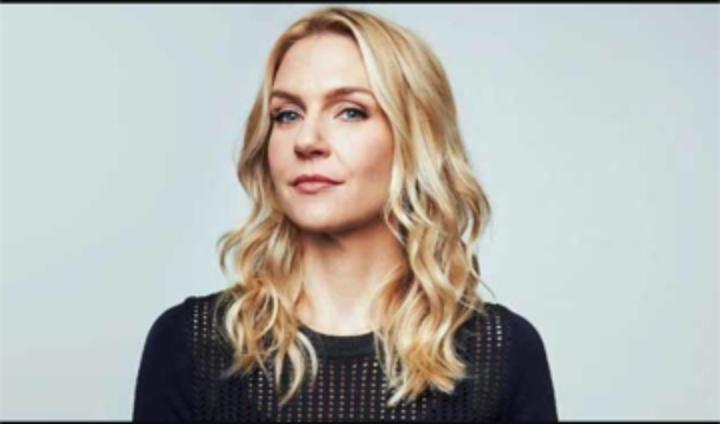 From her IMDB page

31. Hearing things?: EARS.   Interesting word play.  EARS are things that hear.  If you are hearing things that are not there, the ears are not involved - it all in your head.

36. Remote precursor: DIAL.  Playing with parts of speech again - in the past, the various DIALS on your TV set performed the functions of the various buttons on your remote control unit.

44. Uproarious confusion: BEDLAM. Named for an infamous British asylum  for the insane.

48. Jai __: ALAI.  A sport involving a ball bounced off a walled space with a hand held device [cesta.]

49. Places, as a bet: LAYS.  Probably because you LAY your money down.

51. Signs of the future: OMENS.  Events considered to announce or predict some good or evil thing that will happen soon.

53. Those opposing us: THEM. Always us vs THEM.

61. Saintly glow: HALO.  A circle of light around or above the hear of a saint to signify her/his sanctity.

65. "Madame Bovary" subject: ADULTERY.  The ultimately tragic story of a young French woman who lived extravagantly beyond her limited means.  Bored with her dull husband, she sought pleasure and adventure though affairs with two men who eventually grew tired of her.

71. Layer over some cities: SMOG.  A combination of fog with smoke and other atmospheric pollutants.

72. Mar.-to-Nov. hrs.: DST. Daylight Savings Time - the clock is moved forward by one hour to extend daylight into the evening.

2. Mount Olympus queen: HERA.  Sister wife of Zeus in the olympian pantheon.  She was jealous of his many lovers and offspring.

3. McGregor of "Christopher Robin": EWAN.  The actor portraying a now grown-up boy who once was the playmate of Winnie the Pooh.

4. Sleeps it off, with "up": SOBERS.  Recovers from non-fatal alcohol toxemia.

5. Prefix with atomic: TRI-.  Referring to a molecule composed of three atoms.  The clue is weirdly specific for a prefix with many other, more common applications.

8. One opening a can of worms?: ANGLER.  A fisherman getting into a container of bait.

11. Paradise: EDEN.  The biblical home of Adam and Eve, before they got kicked out for disobedience.

19. Have a bug: AIL.  Be sick from a viral or bacterial infection.

22. Moroccan capital: RABAT. Located along the Atlantic coast along the Bouregreg River.

26. Dutch-speaking Caribbean island: ARUBA.  One of the 4 countries comprising the Kingdom of the Netherlands, along with Curaçao, and Sint Maarten.  It is located off the coast of Venezuela, about 1000 miles west of the Lesser Antilles.

27. Asian palm nut: BETEL.  Because of the materials it is prepared with, it is a serious health hazard in Asia, where it's use is very common.

32. Tequila source: AGAVE. A succulent plant native to arid regions of Mexico and the American southwest.

33. Scrap: RUN IN. A disagreement or fight, especially with someone in an official position.

39. Welles who played Kane: ORSON. [1915-1985] An American actor, director, writer and producer who worked in theatre, radio and film.

42. What "two" meant to Paul Revere: BY SEA. Paul Revere [1734-1818] was an American silversmith, engraver, early industrialist, and Patriot in the American Revolution. He is best known for his midnight ride to alert the colonial militia in April 1775 to the approach of British forces before the battles of Lexington and Concord.  The warning signal placed in the tower of the North Church indicated British troop movement by land with one lantern and by water with two. [Wikipedia]

64. Chooses: OPTS. Decides either for or against.

On that tasty note, we end up another Wednesday.  Hope you found the leg lifts exhilarating. 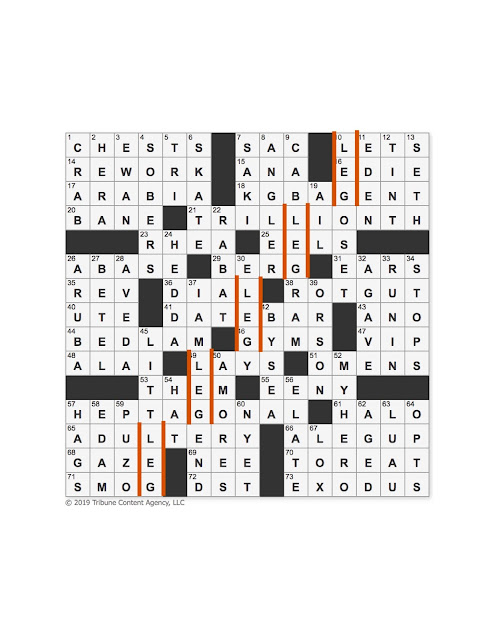