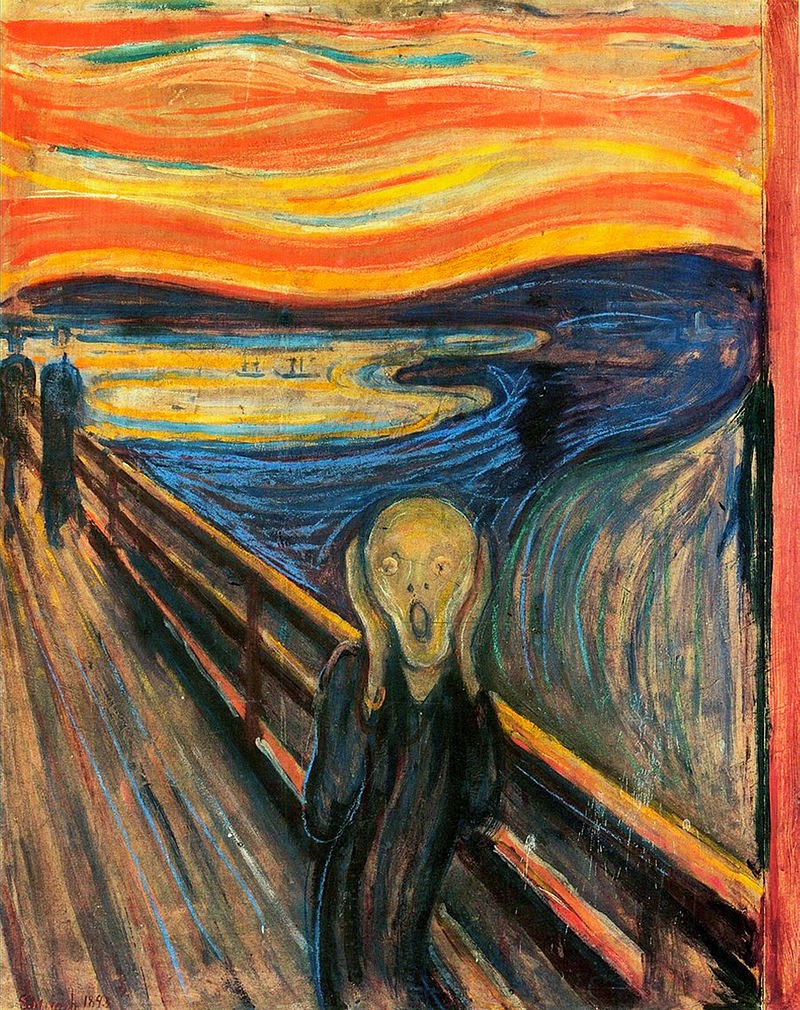 I was walking along the road with two friends
the sun was setting
suddenly the sky turned blood red
I paused, feeling exhausted, and leaned on the fence
there was blood and tongues of fire above the blue-black fjord and the city
my friends walked on, and I stood there trembling with anxiety
and I sensed an infinite scream passing through nature.

Not all art is to be liked, in the sense that it is pleasant or comforting.  There is a place for that.  But there is also a place for the eerie, the disturbing, the square root of nightmares, and this panting certainly qualifies in that regard.

The mis-shapen androgynous face is weirdly reflected by light colored regions [tongues of fire?] both above and to the right.  The walk-way and the railing are realistically rendered; the two apparently nonchalant walkers in the distance more in the manner of traditional impressionism, and these things only heighten the strangeness of both the central focal figure and everything else in the background.

I didn't know the story behind The Scream and somehow I've always associated it with Picasso's Guernica.   So, I see in it an anti-war statement that Munch probably never intended.  But what more than mankind's greatest evil, with all it's collateral damage on life and mother earth could evoke this scream?

I find this idea reinforced in both the surreal turbulence of water and the tortured bleeding sky.